Bug Spray and Sunscreen – which one do you need most where you live?

I got 6 more bug bites the other day. I was only outside for about an hour, and it was for a 7 am clean-up around one of my favorite lakes. I have bug spray strategically placed by my garage door, but I still forgot to apply it. Okay, that’s a lie – it’s not that I forgot, it’s that I didn’t really think I’d need it. I did put on sunscreen though – growing up in So Cal has taught me that I always need sunscreen. I keep forgetting that, here in Wisconsin, bug spray should be as essential as putting on sunscreen or, for people like me, putting on clothes.

I’ve been susceptible to bugs for as long as I can remember. I must have been about 7 or 8 years old, on a camping trip with my mom, when I got a spider bite during my sleep that made my eye swell shut. I also remember going through the list of Girl Scout camps with my mom and crossing off any camp that advertised “Sleep under the stars!” We knew from past experience I’d get eaten alive and come home with bug bites in the hundreds.

Fortunately for me, it was only while camping that bugs were a constant threat. Otherwise, the only bugs I had to deal with on a regular basis were ants and Daddy Long Legs.

With the right mentality, everything’s an adventure. That’s why I enjoy taking note of something as trivial as how the bug population differs between my hometown and my new home. 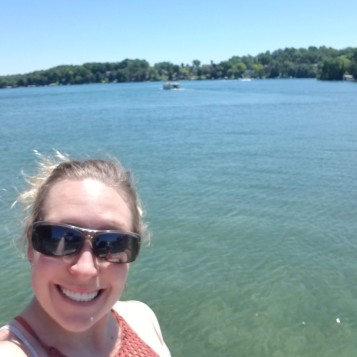 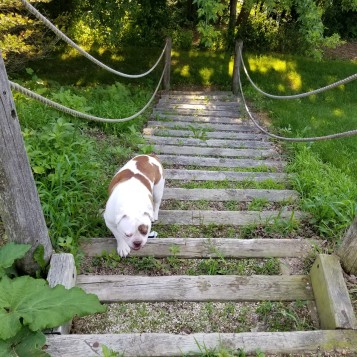 Other differences I’ve noticed between a So Cal and Wisconsin Summer:

Flex Your Power, which was a central part of California’s response to the energy crisis of 2001/02, was the largest electricity conservation campaign ever conducted in any state in the USA. It helped convince Californians to reduce peak energy use sufficiently to avoid power outages. The campaign became an ongoing program and in 2007 incorporated messaging focused on global warming.

Okay, so maybe it’s not a HUGE difference after all, and maybe it’s more the fact that I am working from home now so when I’m done with work, I don’t have to sit in traffic for an hour before being home.

In Wisconsin, most of the streets I drive are 1-2 lanes. I haven’t noticed a significant difference now that it’s officially summer. Driving a 1 lane road where the speed limit is 35 MPH is just as annoying and slow in summer as it is in fall or spring.

In So Cal, 2 lanes were the bare minimum, with 3-4 lanes more common. In So Cal, the freeways are nearly unavoidable, even if you’re just driving a few cities away. On those freeways, the traffic patterns change dramatically in the summer. Some freeways become deceptively tolerable, such as the 405, which I basically lived on while living in Huntington Beach and working in El Segundo. Then there are some streets and freeways which become unusually crowded, especially if those streets lead to the beach or an amusement park.

[TIP: Avoid Beach Blvd between the 5 and Katella or you’ll get stuck in Knott’s Berry Farm traffic!]

Despite the bugs and sun, I still have so much more to explore this summer. I’ve been ticking off boxes from my Springtime To Do List (see previous post) but there’s still so many more parks and lakes I haven’t seen yet.